Greetings Splash!
It's been quite some time since the last season and even an update to the server. However, this changes today! I'll be giving you guys some news and progression on the progression for Season 5 and what happens next. Keep reading for dates & other important details.​

Balance
Since last season there have been balances in-between seasons 3 and 4. However, this time around I've decided to do more drastic changes and keep more fairness between the ranks. One thing that was noticeable in Season 4 was that players had the max gear very quickly and had very little incentive to grind for more. To combat this we will lower kit gear, increase cooldown, but also add more items that would be useful in the long run in those kits to supplement.

The first change that will happen is kits.

Shop Details
The shop will be going under an overhaul with the aim to create a player-based economy.

Below we plan to use this economy guide for how most shop items will go:
-> Shop Prices

The shop itself will also be limiting what its current features are showcased for more earned-based gameplay.

Red = Mostly/75% being removed
Orange = Sell / Buy only depending on the shop.

From the image above. Many plans are bound to happen with the current shop. To keep the economy fairer to nondonators, the donator shop will be overhauled completely. The current plan is to only offer exclusive items and not to sell/buy items in the donator shop to be completely and to be limiting to the number of items on it. The vision is to keep the donator shop as more as a reward, not an advantage.

Ores will no longer be purchasable in the shop instead they will be sold. The reason for this change is to keep players from maxing out gear and to use the more natural resources that 1.18 will offer itself.

Wood will have its price go up for being purchasable while selling wood would be drastically increased. I personally aim for players to use a variety of farms and different inventions to make money during the early game.

Flowers & Mob Drops will have most of its items removed completely.

A new concept is being planned to have a limited-time Shop based on a server-wide event, nothing to showcase for now.

New & Returning Features
A lot of planned features are to be returning this season along with new ones.

Custom Enchantments are now accessible by experience. You can attain XP with new features

Jobs
Jobs are making a grand return after a big hiatus since Season 3.

Play & earn different skills to better your own survival situations. 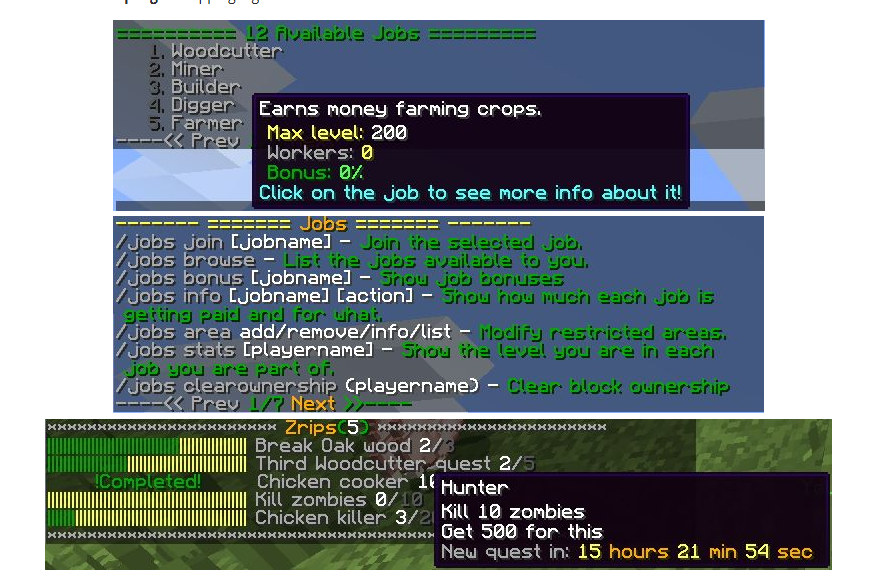 A lot more other different things are coming too. We'll save it for the next post the following week.
If you want to see some mini-updates about progress with the server, I and others will be posting in the #updates channel in the discord.
Get the role at #react-roles to opt-in.

Last but not least to close things out. We have plans to complete development by March 26th. After so we'll announce the final
bit of season details to come.​

noice noice looking forward to it
Show hidden low quality content
You must log in or register to reply here.
Top